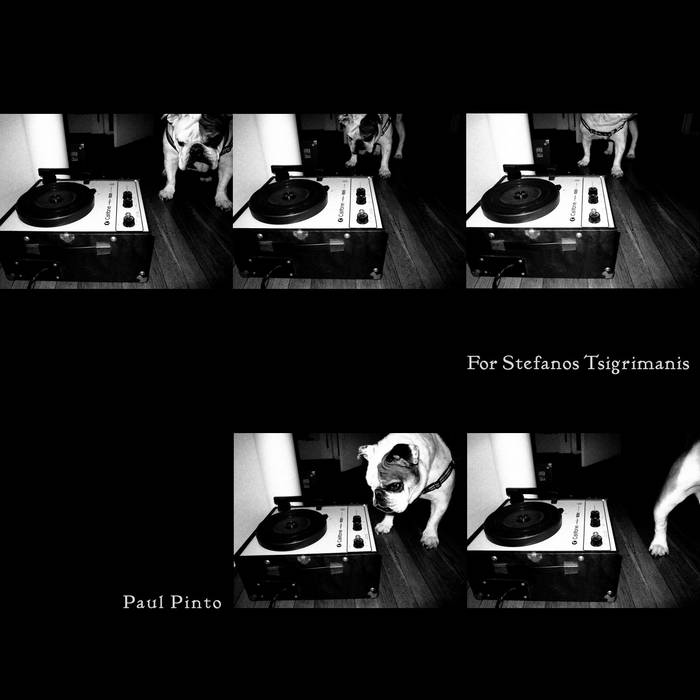 Haunting and meditative, For Stefanos Tsigrimanis is an elegy scored for two Califone turntables, guitar, voice and electronics.

New York native Paul Pinto is a composer, vocalist and founding director of thingNY. As a multi-instrumental and vocal improviser, Paul has lent his talents to collaborative projects in theatre and film. His music has been performed in the International Istanbul Film Festival, Glasgow's Shakespeare in the City Festival and by ensembles and performers around the world, including Pauline Oliveros, the BBC Scottish Symphony Orchestra, the Cuarteto Latinoamericano, Ensemble loadbang, The Royal Scottish Academy Chamber Chorus, the Carnegie Mellon Concert Chorus, the ai Ensemble and IKTUS Percussion. In addition to thingNY's experimental opera ADDDDDDDDD, Paul has also released two solo albums: The Gentlemen (2009), a suite for vocals and electronics, and Every Note on the Piano (2010).

"For Stefanos Tsigrimanis is an elegy for my good friend and collaborator whose life was cut short after a bicycle accident in September 2010. It is scored for two turntables, voice, guitar and electronics.

The day before the accident, Stefanos and I were noisily rehearsing at his apartment for a gig the following week. As improvisations go, ours were always hit or miss... I guess most improvisations must have a success rate of around 50%. But Stefanos and I are both stubborn, so maybe ours were more often misses than hits. In retrospect, the most successful performances (to me) were a result that fool doing whatever the hell he wanted while I "held it down".

So I would be, in a sense, an accompanist.

I wrote this piece the week of his death and performed it at the gig we were supposed to do together. It was surprisingly easy to write - a pitch series, guideline-notation and performance instructions. Very open. And very sparse. I usually reserve this style of writing for guided group or duo improvisations, but this a solo piece.

So it is, in a sense, an accompaniment for a silent soloist."

Mixed and mastered at Gentlemen of Luxury Studios in Jersey

He's a Queens-born kid who grew up to be a composer, vocalist, and a part of performance collective Varispeed and experimental music ensemble thingNY.

He enjoys dressing up in suits and playing with turntables, glue, and some musical instruments. ... more

Bandcamp Daily  your guide to the world of Bandcamp

Interviews With Butcher Brown and Slauson Malone, plus LP of the week by SAULT.